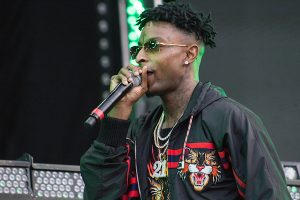 21 Savage linked with Metro Boomin to release Savage Mode 2 last year and came back with the soundtrack EP for Spiral last week. Now, the Atlanta rapper is looking to re-up and drop again this year.

In a conversation with Chris Rock, where the actor revealed that he chose to work with 21 Savage because of his daughter, the rapper revealed that a new album will be coming, but he wants tso make sure he does it right.

You can see the interview below. Would you like a new album from 21 this year?

The post 21 Savage is Planning on Releasing a New Album in 2021 appeared first on The Source.