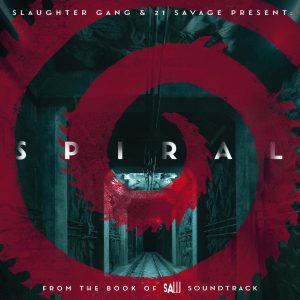 21 Savage has put his stamp on the SAW movie series, delivering the soundtrack for Spiral: From the Book of Saw.

The concise four-track effort brings in a dark aura to the songs, included with menacing sounds that are familiar in the Saw series.

You can hear the full effort below.

The post 21 Savage Releases ‘Spiral: From the Book of Saw’ Soundtrack appeared first on The Source.