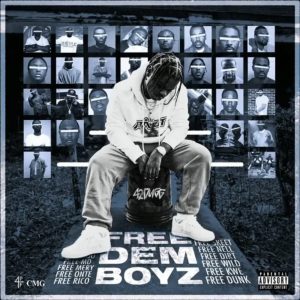 Dugg and Future also tagged for the video “Maybach,” which previously grabbed headlines for the slight jab to the Harvey’s by the Freeband Gang leader.

The 19-track project features standout single “4 Da Gang (feat. Roddy Ricch),” which samples German Rock Band Scorpion’s 1982 classic hit, “No One Like You,” as well as previously-released songs dedicated to his incarcerated friends such as “Free Merey,” “Free Woo” and “Free Me.”

The new release comes during the same week Billboard named 42 Dugg the R&B/Hip-Hop Rookie of the Month for May. Free Dem Boyz is Dugg’s first project since the March 2020 release of his acclaimed Young & Turnt 2 project, which marked his debut on the Billboard 200 chart and peaked at No. 6 on Billboard’s Independent Album chart.

You can hear it in full below.