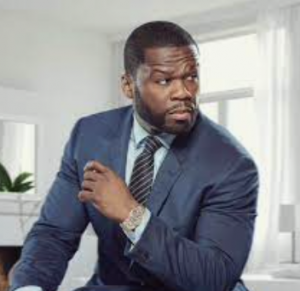 As two well respected moguls of HipHop, it is no secret that 50 Cent and P. Diddy have taken jabs at each other in the past. While there have been many speculations on the relationship between the two, a new post from 50 Cent may have just given fans the answer they needed on where the two stand with each other.

Recently a picture circled the internet showing Diddy and what looked like 50 Cent’s baby mother, Daphne Joy hand in hand. To some fans surprise, 50 Cent didn’t have the reaction some people thought he would have. In an Instagram post shared on April 10, the “Candy Shop” rapper said that he didn’t care if the dating rumors were true.

Some fans in the comments seem to want to challenge the rapper on if he actually cares or not, stating that if he truly didn’t care he wouldn’t have made the post. On the other hand, fans feel it was necessary for the rapper to clear the air.

Daphne Joy is the mother of 50 Cent’s son, Sire Jackson. Although 50 Cent has shared recent holidays with his son and son’s mom, 50 is in a relationship of his own with Jamira Haines aka Cuban Link. The two have been dating for over a year and a half now.

Tell us what you think in the comments. Should 50 Cent have kept his comments to his self?