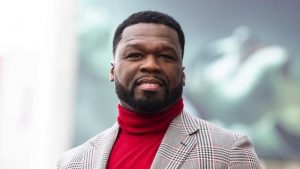 Never one one to bite his tongue when it comes to controversial matters (or any matter really), 50 Cent chimed in on the alleged relationships between rising hip-hop sensation  Saweetie and NBA star James Harden.

While none of this has been confirmed by anyone official, Harden allegedly sent Saweetie $100k to go on a date via CashApp.

This unfounded rumor prompted 50 Cent to chime in with a now-deleted Instagram post asking ““He’s a superstar why the f*** is he paying a b**** to go on a date.”

Not missing an opportunity to take a shot at Quavo (with whom 50 is known to have a long-standing beef with), he continued: “see what you did @quavohuncho they don’t know what they like till they see somebody with it

SMH LOL Help me understand this!”

The relationship rumors between Saweetie and Harde  began when Saweetie’s ex Quavo’s fellow Migos member Offset, liked a tweet from a Twitter user by the name Maha

Neither Saweetie nor James have confirmed or denied the rumors.

For the record, CashApp’s official transfer policy reads as such: “Cash App lets you send up to $250 within any 7-day period and receive up to $1,000 within any 30-day period. You can increase these limits by verifying your identity using your full name, date of birth, and the last 4 digits of your SSN.”

Whether or not Harden went through that trouble may forever remain a mystery.

The post 50 Cent Weighs in on to James Harden/Saweetie Relationship appeared first on The Source.