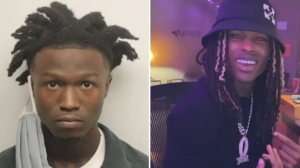 King Von’s alleged shooter Lul Tim recently dropped a snippet to his video “Off The List” and now Lul Tim claims that him releasing the video could create legal problems for him.

Lul Tim took to IG to let his fans know even if he cannot release the video, he plans “to cook some new s**t up for y’all.”

Lul Tim has been charged with one count of murder in relation to the King Von killing and is currently out on a $100K bond.

TheSource.com will update this story as more details develop.

The post Alleged King Von Killer Says He Can’t Drop Video Due To People “Telling The Judge” appeared first on The Source.