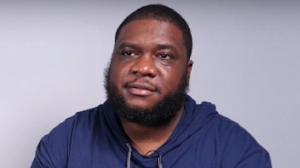 According to several reports, Philly rapper Abdul West aka AR-Ab has been sentenced to 45 years behind bars for his role in a drug ring that was implicated in a murder.

West received his sentence following a 2019 conviction that stated his Original Block Hustlaz record label had been turned into a drug ring that was responsible for at least one murder.

“You could have been a hero instead of a criminal,” said Federal Judge Michael Baylson during the sentencing hearing. “But you became a drug dealer. You made that decision. That’s why you’re being punished.”

“The court, the FBI agents, and the prosecutors don’t understand my culture,” AR-Ab said to the court during his sentencing. “We don’t rap about flowers and rainbows. We’re gangsta rappers. We rap about where we grew up. So we rap about drug dealing. We rap about violence.”

The post AR-Ab Sentenced To 45 Years For Running Drug Ring Involved In A Murder appeared first on The Source.