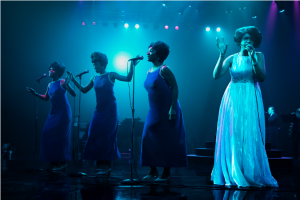 Following the rise of Aretha Franklin’s career from a child singing in her father’s church’s choir to her international superstardom, Respect is the remarkable true story of the music icon’s journey to find her voice.

Director Liesl Tommy makes her feature film debut with Respect. Tommy is the first Black woman ever nominated for a Tony award for Best Direction of a Play in 2016 for Eclipsed, and is an Associate Artist at the Berkeley Rep and an Artist Trustee with the Sundance Institute’s Board of Trustees.

The post Aretha Franklin Biopic ‘Respect’ Slated For Theaters In August appeared first on The Source.