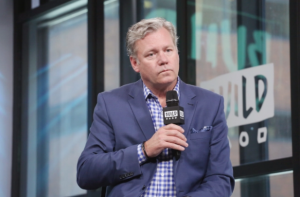 According to several reports, To Catch A Predator host Chris Hansen has been hit with an arrest warrant after he failed to appear in a Michigan courtroom on Thursday.

Shiawassee County Prosecuting Attorney Scott Koerner confirmed that there is a warrant out for the 60-year-old crime-based show host for not responding to a subpoena related to a Shiawassee County sting operation last October where three men tried to meet up with who they thought were minors ages 13-15. The police used undercover chat rooms to pose as minors and communicated with over 170 people.

Hansen responded on IG, saying, “There was a miscommunication about the hearing today on the issue. The matter is currently being resolved.”

Hansen has been arrested before, with a larceny arrest in Connecticut for writing bad checks back in 2019.

The post Arrest Warrant Issued For ‘To Catch A Predator’ Host Chris Hansen appeared first on The Source.