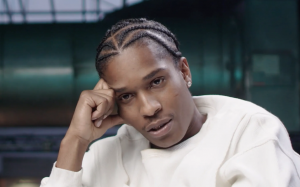 Several reports have confirmed that stylish Harlem rapper ASAP Rocky is slated to release a documentary about his time spent in a Swedish jail in 2019.

Two years ago, Rocky, whose real name is Rakim Meyers, was arrested and jailed in Stockholm, Sweden after a large fight and now ASAP has documented the entire ordeal which will be revealed in his auto-doc Stockholm Syndrome.

Set to debut on June 13 at the Tribeca Film Festival, Stockholm Syndrome features interviews with the likes of Kim Kardashian, Tyler The Creator, ASAP Ferg, Naomi Campbell and many others. Directed by The Architects, the almost two hour doc delves into the month long journey Rocky spent in the jail, complete with archival footage from a situation so serious that even former President Donald Trump tried to intervene.

The post ASAP Rocky To Release Documentary About Sweden Arrest appeared first on The Source.