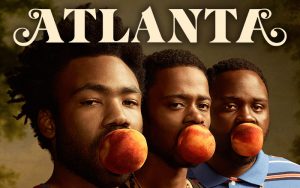 The long-awaited third and fourth seasons of Atlanta will be recorded in Europe.

FX Chief John Landgraf confirmed that Glover and his team completed the scripts for both seasons and described it as an “unexpected boon” of quarantine.

But Landgraf did say that both seasons will not be entirely shot in Europe.

“One of them shoots primarily in Europe and one primarily in Atlanta. It is the intent to shoot them all at one time, back to back. However, the availability has been pushed back because of COVID. That had to do with our sense of when we could return to work safely and then we had to co-ordinate all of the cast for what is shooting two seasons at once. Heartbreakingly for me, it has been pushed back a little bit,” he said at the time.

Atlanta secured five Primetime Emmys over the course of two seasons, including Glover winning Lead Actor in a Comedy Series and Directing in 2017. The show won Best Comedy TV series and Glover for Best Comedy TV actor at the Golden Globes for the first season.

The post ‘Atlanta’ Cast Reportedly Head To Europe To Film Seasons 3 and 4 appeared first on The Source.