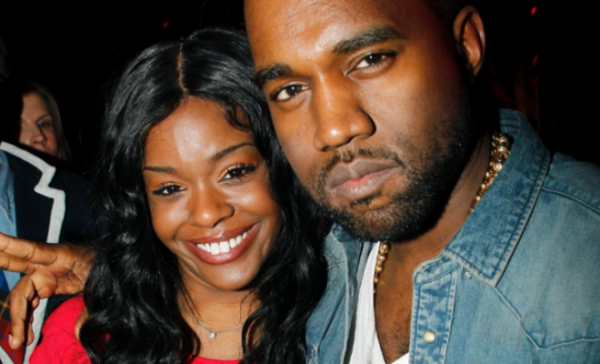 Azealia Banks unveiled the provocative cover art for her new single “F—Him All Night.” But while the images are outstanding, there is more than fans are actually paying attention to.

The cover art contains an image of herself in a denim bikini. Her hands are placed on the outline of said biking and her fresh navy blue manicure spells out Kanye West’s name.

The single was first teased on Instagram at the beginning of July. The post was a black image in a white font that said: “The 1st single is ‘Kanye West (F–Him All Day)’-Out on July 9th”.

And now with this recent cover art, fans are speculating what she meant by “F– Him All Day.”

West’s representatives have yet to come out with a statement.

The raptress previously expressed her interest in dating Ye when news broke that he’s getting a divorce from Kim Kardashian and said that he wanted a someone who “speaks the same language” as him as a creative genius.

Well Azealia Banks caught wind of the Ye’s next relationship request. The Harlem rapper took to her IG to make it known that she is interested.

“It’s me guys,” Banks starts. “The powerful black demon entity awaiting in my ovaries and kanyes testicle is finally about to be unleashed upon the world. All of you n***as are going to JAIL.”

The post Azealia Banks Continues To Shoot Her Shot At Kanye West With Upcoming Single ‘F–k Him All Night’ Cover Art appeared first on The Source.