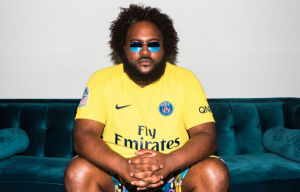 It looks like the time has come for a new project from J.Cole.

Dreamville artist, Bas, took to social media on Wednesday night and shared a picture of J.Cole in the middle of a studio session. In the caption, Bas wrote, “

The Off-Season. pack your bags.

Fans have been waiting for Off-Season since Cole teased the project back in Summer 2018 when he dropped his “Album of the Year (Freestyle)” on both YouTube and Soundcloud, along with the description: “The Off Season coming soon… All roads lead to The Fall Off.” In December of last year, Cole again got his fans excited when he dropped a picture of “The Fall Off Era” rollout plan. The Off-Season is the next step in the rollout plan, followed by It’s A Boy, then culminating with the release of Cole’s much anticipated sixth studio album, The Fall Off.