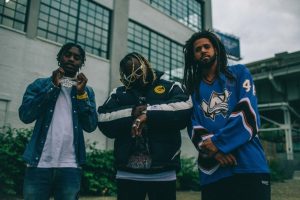 J. Cole is still riding the way of his The Offseason album, but he is popping back on the scene as a feature on Bas’ new single “The Jackie.” Lil Tjay will also be featured on the song.

“Summer anthem on the wayyyyy ‘The Jackie’ JULY 9 @bas FT. @realcoleworld @liltjay,” as announced on Instagram.

The trio is looking to put a stamp on the summer and potentially usher in the next album for Bas. His last effort came in 2018 in Milky Way, before lending his talents to Revenge of the Dreamers III.

The post Bas, J. Cole and Lil Tjay Set to Release “The Jackie” appeared first on The Source.