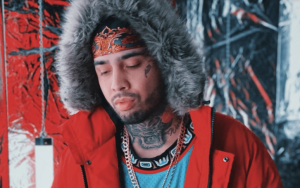 According to a recent confirmed report from AllHipHop, San Jose rapper Mike Darole was shot and killed yesterday after a group of armed assailants tried to rob the rapper while he walked his dog. Darole, who was formerly known as M.I.C., was only 29 years old.

The report says that Darole was walking his dog when approached by the robbers and he initially tried to fight them off when one of the robbers pulled out a gun, shooting Darole six times. He was transported to a local hospital where he died of his injuries.

Darole was shot back in 2015 and had to undergo open heart surgery after the bullet that entered his stomach traveled to his heart. He was reportedly negotiating a deal at the time of his death.

Darole was a part of the N3w Era rap collective and formed a group with his younger brother called the Pisces Brothers.

Darole is survived by his two children and longtime girlfriend.

At this time, there are no suspects or motive for his murder.