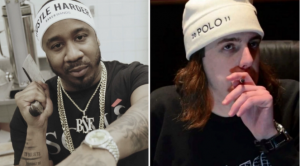 Mere months after releasing an undisputed AOTY contender for 2020 with Burden Of Proof and making his theatrical acting debut with Conflicted, Benny The Butcher is now undeniably a star.  Upon its release, Burden Of Proof was an immediate smash, a fan and critic favorite, and his most commercially successful project to date; #1 at iTunes, #4 at Apple Music and Spotify, and highlighted by Rolling Stone on its Breakthrough top 25 Chart.

Today, Benny & Harry are back with the visual for “Overall,” featuring Chinx (RIP!), which you can view below.

The post Benny The Butcher And Harry Fraud Drop Visuals For “Overall” Feat. Chinx(RIP) appeared first on The Source.