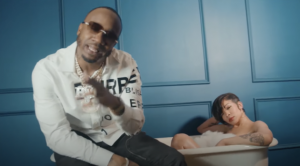 Benny the Butcher is continuing to give visuals off of his The Plugs I Met 2 album, dropping the video for “When Tony Met Sosa.”

The latest album from the Griselda rapper, topped the Rap Charts at Apple Music, iTunes and Spotify, while also garnering breakthroughs on the Rolling Stone Charts (#22 on the Top 200 Chart), Billboard (#33) and Hits Double Daily (#28).

You can see the video below.

The post Benny the Butcher Drops Video for “When Tony Met Sosa” appeared first on The Source.