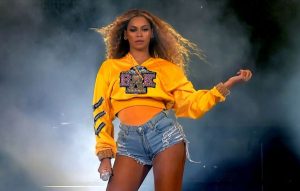 Michelle Williams gave fans a behind-the-scenes glimpse of a mini-reunion she had with her girls, Beyonce and Kelly Rowland.

Fans got a look at Kelly’s newborn and also got a hint that Beyonce might be working on some new music.

Rowland shared that she was cooking chicken and rice soup and Michelle asked, “B, are you making some musical soup right now?”

The reunion was made to celebrate the release of Michelle’s upcoming book, Checking In: How Getting Real About Depression Saved My Life — and Can Save Yours.

Williams also shared what she hoped fans received from her new book.

“It’s okay to not be okay. and it’s okay to tell somebody you’re not okay,” her singing mate said in response. “I honestly should have done that with y’all. I’ve been open about a lot of things, but I was never really truthful about how I really was. Even though y’all have proven to be safe friends, safe sisters, sometimes people have to know you’re not going to be looked at differently if you say, ‘Y’all, I’ve been really sad too long. Something’s going on.’”

Kelly Rowland released an album last year and become a mother. Michelle is gearing up to release her self help book. Meanwhile, Beyonce is cooking up new music.

Destiny’s Child is back in full swing.

The post Beyonce Reveals She’s ‘Cooking Up Some Music’ appeared first on The Source.