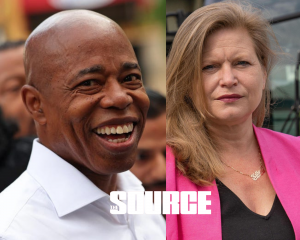 No one said that politics is easy, yet the New York City Board of Elections (“BOE”) just made it a “hot mess” and potentially an “unfortunate” strike against the new ranked-choice voting system in the city.  How did it happen?  According to the BOE, the major error occurred in the counting of the early results, as it attempted to attribute the ranked-choice votes to the leading contenders in the mayoral race.  Apparently, the BOE inadvertently included in the results a whopping 135,000 test ballots that had not been cleared from the BOE’s management system, throwing the voting count into a confusing mess.

Late Tuesday evening, the BOA issued the following statement: “Board staff has removed all test ballot images from the system and will upload election night results, cross-referencing against election night reporting software for verification. The cast vote record will be re-generated and the [ranked-choice voting] rounds will be re-tabulated,” the statement said. “The Board apologizes for the error and has taken immediate to [sic] ensure the most accurate up to date results are reported.”

Oddly, this mistake did not come as a surprise to the front-runner in the race, Brooklyn Borough President, Eric Adams.  In a public statement Tuesday, after the BOE’s ranked-choice numbers were released, Adams clapped back on the BOE’s election count. In a written statement Adams stated: “The vote total just released by the Board of Elections is 100,000-plus more than the total announced on election night, raising serious questions,” Adams asserted. “We have asked the Board of Elections to explain such a massive increase and other irregularities before we comment on the Ranked Choice Voting projection.”

Shortly after Adams questioned the ballots, the BOE confirmed that indeed, it was aware of a discrepancy and that they were working to correct the results on the site. Later Tuesday evening, the ballot reports and count had been removed and replaced with a note saying results would be released Wednesday. There was essentially a massive error, now raising serious questions.  This mistake was huge because the voting lead Adams had over the other contenders was purportedly cut and prior to identifying the error, which showed Adams and former Sanitation Commissioner Kathryn Garcia in a close race for the nomination.  By the time the BOE admitted the mistake, many were outraged.  Quite naturally, the mayoral contenders weighed in as well.

Late Tuesday, Garcia called the release of inaccurate results “deeply troubling,” and in a statement released on social media, she called for more transparency and a “complete explanation” on the error that she had previously thought closed the lead Adams had over her and others.  “Every ranked choice and absentee vote must be counted accurately so that all New Yorkers have faith in our democracy and government,” Garcia commented further.

Civil Rights lawyer, Maya Wiley, who trailed Adams by 75,000 votes after the June 22nd primary, condemned the BOE: “This error by the Board of Elections is not just failure to count votes properly today, it is the result of generations of failures that have gone unaddressed,” she stated on Twitter. “Today, we have once again seen the mismanagement that has resulted in a lack of confidence in results, not because there is a flaw in our election laws, but because those who implement it have failed too many times.”

Adams, who had the most to lose by the BOE’s massive mistake, continued his rebuke: “It is critical that New Yorkers are confident in their electoral system, especially as we rank votes in a citywide election for the first time,”  Adams said in a statement tweeted by his campaign. He called the episode “unfortunate” yet he acknowledged their admission of the mistake.

The voting details with new numbers on the mayoral race will come out Wednesday, June 30th. Further, there are more absentee votes that must be counted afterwards.  The BOE expects that the full results will be decided by the first or second week of July.  Stay tuned!