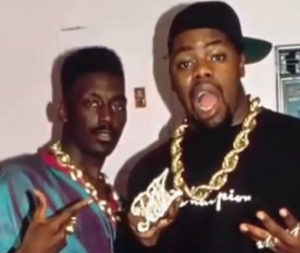 In April of last year, hip hop fans were saddened to hear about Biz Markie’s declining health and hospitalization. Like many other celebrities, Biz Markie was not exempt to the internet spreading false information and rumors about the state of his health. At the time, Biz Markie’s representative issued a statement, dispelling claims that the rapper was in a coma.

Recently, Big Daddy Kane offered an update on his friend Biz. BDK recently appeared on The Breakfast Club, where he was asked about Biz’s condition. “He’s getting better,” Big Daddy Kane said. “He’s in rehabilitation now. He’s getting better and stronger every day. Last time I talked to him on the phone—he got a real light voice—last time I talked on the phone. He stuck his middle finger up at me, so I think he’s coming along.”

Biz had suffered a stroke that landed him in the hospital. On top of that, he has been managing his diabetes, but has shared that he almost had to get his foot amputated.

You can watch Big Daddy Kane’s Breakfast Club interview below.