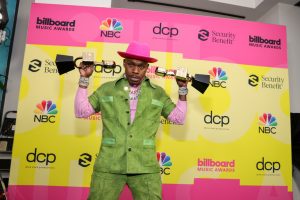 DaBaby and Post Malone both have a Hot 100 No. 1 single of the same title, but Billboard could not tell the difference during last night’s award show.

On Sunday, May 23, the Billboard Music Awards honored a number of artists who have delivered nothing but hits over the past year. DaBaby unequivocally fits into that sector after “Rockstar” spent 8 weeks atop the Hot 100 charts. The “Charlotte” native took home two awards for “Best Rap Song,” and “Top Streaming Song” at last night’s award show.

Apparently, the BBMA staff didn’t know which “Rockstar” it is because they played the track of the same name by Post Malone. While both songs topped the Hot 100 charts and were nominated for Song of the Year at the Grammy’s, they are two completely different tracks by different artists.

While it is apparent that DaBaby noticed like the rest of Twitter, he went with the flow by giving thanks to a number of people including his supporters.

Lately, we’ve seen the Charlotte native back in the studio. He recently linked with Bobby Shmurda. As the Summer approaches, the two can only be gearing up for something to welcome everyone back outside.

Are y’all ready for a Shmurda Baby track?