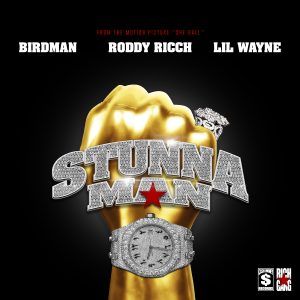 Cash Money Records and Nick Cannon’s NCREDIBLE are teaming for the original motion picture soundtrack for She Ball. The film also comes from the two entities.

The first single from the film “STUNNAMAN,” has released and brings Birdman, Roddy Ricch, and Lil Wayne together for the video. The song comes with a new video and highlights three generations of rap greatness.

The “STUNNAMAN” Video will make its broadcast premiere on MTV and BET on May 21st.

“If anything, the soundtrack will be a driving force of She Ball,” said Nick Cannon. “The music is truly the heartbeat of the film. To have my producing partners Birdman and Chris Brown on the album as well is an honor. We’ve got legends and all of the people who are really popping right now on the track-list. It references those soundtracks we all grew up on that meant something from a generational standpoint. When you hear the music or watch the movie, I want you to feel embedded in the culture. I saw Do the Right thing, Love and Basketball, and Above The Rim as a kid. We cherish those as national treasures now. That’s our goal.”

Birdman added, “I said to Nick, if we’re going to do this, we’ve got to do it as big as possible. As important as the movie was, the Soundtrack was just as important. We were able to put together some powerful records and collaborations worthy of this film. It takes everything to the next level.”