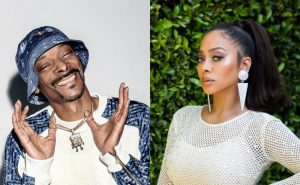 A few big names have been added to Black Mafia Family, the first series produced by Curtis “50 Cent” Jackson outside of the Power franchise under his G-Unit Television banner at Starz. Snoop Dogg, La La Anthony, and Serayah were confirmed by Shadow and Act recently as recurring cast members. But still, the main roles of Big Meech and Southwest T have yet to be cast and production is hush hush on who’s in the running.

The description: Black Mafia Family is inspired by the true story of two brothers who rose from the decaying streets of southwest Detroit in the late 1980s and gave birth to one of the most influential crime families in this country. Demetrius “Big Meech” Flenory’s charismatic leadership, Terry “Southwest T” Flenory’s business acumen and the fraternal partnership’s vision beyond the drug trade and into the world of Hip Hop would render the brothers iconic on a global level. Their unwavering belief in family loyalty would be the cornerstone of their partnership and the crux of their eventual estrangement. This is a story about love, kinship and capitalism in the pursuit of the American dream.

In a not so expected role for Snoop Dogg, he will play Pastor Swift, the spiritual advisor to the Flenory family. From Shadow and Act: Snoop’s character is a man of The Word, with the aura of an ex-con. The Pastor believes in the power of the Lord, and does his best to keep Meech and Terry in good graces. But Pastor Swift eventually ingratiates himself into every part of the Flenorys’ life, including helping find a lawyer, and becoming a confidante. Meech and Terry’s father resents all the attention the Pastor showers over the Flenory’s family, but no one can deny all the good the Pastor does for them.

Anthony, who is best known as LeKeisha Grant on the original Power series, will play Markaisha Taylor, the wife of a flamboyant drug dealer that Meech and Terry befriend. Her character sees something in Terry, a seriousness and a sense of purpose she feels she can harness to make herself rich and powerful. She will develop a friendship with him and his confidant and eventually, his lover, putting everything Terry has built out on the streets at stake.

And from Empire fame, Serayah will play Demetrius Flenory’s girlfriend, “Lori Walker,” who is also the mother of his child Neeka.”Walker is a smart, driven, yet naive college athlete who once fell for Meech’s bad-boy charm. Walker is more mature and clear-eyed now. Her story arc centers more around her daughter, and she expects less out of Meech, which makes him want her more.