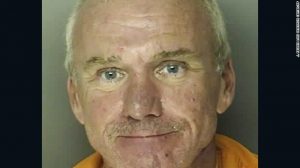 For five years, a white restaurant manager forced a mentally disabled Black man to work over 100 hour work weeks with no pay. Recently, a South Carolina court found that the now-imprisoned restaurant manager needs to pay the man he enslaved over $500,000.

In 2019, Restaurant manager, Bobby Paul Edwards, was sentenced to 10 years in prison after taking a guilty plea for his role in forcing John Christopher Smith, to work over 100 hours a week with no pay at  J&J Cafeteria. When Edwards was sentenced, he only had to pay Smith $273,000 in unpaid wages and overtime compensation. However, on April 21, a court found that the amount in the previous decision did not account for federal labor laws, thus entitling Smith to $546,000 in compensation.

“When an employer fails to pay those amounts (regular and overtime pay), the employee suffers losses, which includes the loss of the use of that money during the period of delay,” the ruling stated.

Smith had started working at J&J Cafeteria in 1990 when he was just 12 years old. He started off by washing dishes and loved the job so he continued to work there. At the time, it was managed by Edwards’ relatives. Bobby took over managing the restaurant in 2009, and stopped paying Smith, and treated him horribly.

Between 2009 and 2014, Edwards moved Smith into a roach-infested apartment that Smith’s attorneys called “sub-human,” “deplorable” and “harmful to human health.” He also took advantage of Smith’s disability, forcing him to work more than 100 hours a week with no pay and no days off. He also kept Smith away from his family, physically and mentally abused him, threatened to have him arrested, and called him racial slurs.

“Most of the time I felt unsafe, like Bobby could kill me if he wanted,” Smith said, according to court records. “I wanted to get out of that place so bad but couldn’t think about how I could without being hurt.”

Employees at the restaurant knew about the abuse taking place but were reluctant to do anything about it out of fear of Edwards.

Edwards’ reign of terror ended in 2014 when Geneane Caines reported Edwards to authorities. She had a daughter-in-law who worked at the restaurant and was concerned for Smith’s well-being. Edwards was then arrested and charged with second-degree assault and “attempt to establish peonage, slavery, involuntary servitude or human trafficking.”

The post Black Man Enslaved by White Restaurant Manager to be Paid Over $500,000 in Restitution appeared first on The Source.