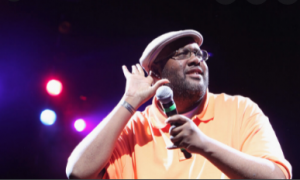 According to several confirmed news reports, Timothy Parker aka Gift Of Gab from the duo Blackalicious has passed away today (June 25) after battling a host of health issues. He was 50 years old.

Rap collective Quannum, to which Gift currently belonged, announced his passing in a statement posted by Rolling Stone.

“It is with heavy hearts and great sadness that we announce the passing of our dear brother, Timothy J. Parker a.k.a. The Gift of Gab,” announces his crew Quannum. “Tim peacefully departed this earth to be with our ancestors on Friday, June 18, 2021. He is survived by two brothers, one sister, many nieces and nephews, countless friends, and fans across the globe. We ask that the family’s privacy is respected as we mourn the tremendous loss of our dear brother.”

Gab founded the duo Blackalicious with childhood friend in college at University of California Davis.

Diagnosed with kidney failure in 2014, Gab underwent dialysis three to four times a week even while on tour, always remaining positive, creative and hopeful. Having received news that a new kidney was awaiting him in Phoenix, AZ coincidentally on the last night of a Blackalicious tour on January 31, 2020, he underwent the operation successfully. Gab worked to recover quickly and, even throughout the pandemic, he was always focused on the creative pursuit and getting back out to perform and interact with his fans.

Gift of Gab left behind nearly 100 tracks for future Blackalicious releases. Some of those were already slated for the next release, but more of Gab’s lyrical genius will be heard for years to come.

The post Blackalicious’ Gift Of Gab Dead At 50 appeared first on The Source.