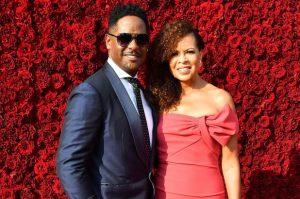 Blair Underwood and his wife, Desiree DaCosta, are the latest couple to announce their divorce amid the ongoing COVID-19 pandemic.

The ex-couple announced their split in a joint statement, vowing to prioritize their children’s “best interest,” as per People.

“After a tremendous amount of thought, prayer & work on ourselves individually & collectively, we have come to the conclusion to end our marriage that began 27 years ago,” the statement began.

“It has truly been a beautiful journey,” Blair Underwood and Desiree DaCosta continued. “Our proudest achievements are our three incredible children. Three souls to which God entrusted us. We continue to be awed & humbled by the blessings of parenting. We have always put their best interests first & will continue to do so.”

The statement continued, “We will continue to be the best of friends and co-parents and have the utmost respect for one another as we embark on this new chapter of our lives, separately.”

Earlier this month, Underwood gushed about his daughter, Brielle, graduating from the University of Southern California.

“Could not be more proud of my “one & only daughter,” Brielle for graduating from USC yesterday! Such a long march but worth every step! Wouldn’t have missed it for the world!,” he wrote, adding the hashtags #GirlDad #prouddad #TheFutureIsNow #FightOn.

Although Blair Underwood and his wife are getting divorced, he credits her for taking on the role as doctor Robert Leeds in the cult classic series, Sex and the City.

“When the offer came in, I mentioned it to my wife and she’s like, ‘No, you need to do that. Why are you even pausing? You want to go do that.’ I thank her for that,” he said.

The couple got married in 1994 and have three children together.

The post Blair Underwood and His Wife of 27 Years, Desiree DaCosta, Announce Their Divorce appeared first on The Source.