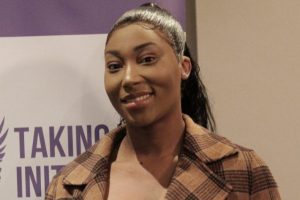 BLM activist, Sasha Johnson, was reportedly shot in the head in London.

The group released a statement on Facebook revealing that her life was threatened multiple times.

“It is with great sadness that we inform you that our own Sasha Johnson has sustained a gunshot wound to her head. She is currently hospitalised and in critical condition. The incident happened in the early hours of this morning, following numerous death threats.”

The statement continued, “Sasha has always been actively fighting for black people and the injustices that surround the black community, as well as being both a member of BLM and a member of Taking the Initiative Party’s Executive Leadership Committee. Sasha is also a mother of 3 and a strong, powerful voice for our people and our community.”

Taking the Initiative Party was established by a group of British people, “some from working-class backgrounds who felt, like many others across the country, that we had become politically homeless,” as per the official website.

The BLM group confirmed that Sasha Johnson underwent surgery Monday morning and is resting with her parents.

The post BLM Activist Sasha Johnson In Critical Condition After Suffering From Gun Shot Wound To The Head appeared first on The Source.