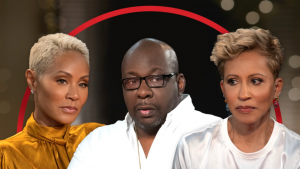 R&B legend Bobby Brown will join the Red Table Talk show, joined by his wife Alicia, and will speak about his addictions, controversies that have followed him for decades, and the tragic death of his son Bobby Brown Jr.

During the sit down, Brown will also reveal who he think is responsible for the deaths of his ex-wife Whitney Houston and his daughter Bobbi Kristina Brown.

The hit series, Red Table Talk, is hosted by Jada Pinkett Smith, her 20-year-old daughter Willow, a leading voice for her generation, and her old-school mother Adrienne Banfield-Norris. Each episode is shot at the Smith’s family home where these three passionate and opinionated women bring their unique perspectives to real issues affecting real people. Red Table Talk is filled with honest, intimate, and inspiring conversations on topics impacting each of our lives.

The post Bobby Brown to Discuss Whitney Houston and the Deaths of His Kids on ‘Red Table Talk’ appeared first on The Source.