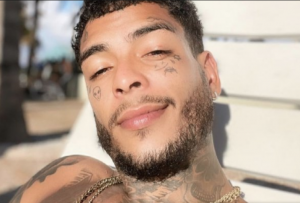 The model, Bianca Domingues, spoke out about the events leading to Kevin’s death, including how she had just met Kevin and his friend moments before he fell from the balcony. She was invited up to the suite where the three engaged in a menage a trios, until they heard a knock at the door.

Kevin panicked and thought it was his wife and ran to the hotel balcony. He tried to jump to the balcony below, but lost his footing and fell five stories to the ground next to the swimming pool. Kevin was rushed to Miguel Couto Hospital, where he was pronounced dead.

Kevin’s wife posted a tribute to him on IG on Monday, reading, “And on that that you spoke in my ear, @Life is now until death separates us. And I am unique that just as well as we separate, we were not either for anything or anyone, being happy was our goal. How we laughed at the criticism … How did we live everything so fast? … We had to hurry to be happy, your destiny was place. You left and took a piece of me, you were always so incredible … I waited 33 years to be happy and you abandon me? It is not fair you will leave like this! It is not! It is not! My love.”