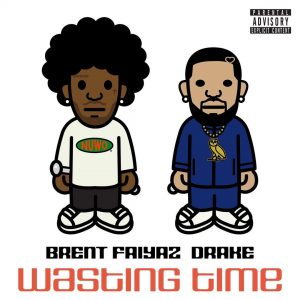 Since January fans have anticipated Drake’s upcoming 6th album, Certified Lover Boy. Back in March, he dropped Scary Hours 2. The 3-pack EP, that featured Lil Baby and Rick Ross, was a lite warm-up for what’s to come.

While his latest collaboration isn’t the album, Drake is still serving up stimulus verses to some of our favorite artists. After appearing on Migos’ Culture III, he adds another feature to the 2021 stack with an upcoming track with Brent Faiyaz.

Faiyaz has continued to stand out in today’s R&B landscape. The Grammy-nominated singer released his last project, Fuck the World last February, where he once again captured listeners with melodic prose of toxicity. Earlier in the year, he teamed up with DJ Dahi and Tyler The Creator for “Gravity.” Back in March, he dropped a new single, “Show U Off.”

On his latest track, he teams up with Billboard’s Artist of the Decade. Although the track leaked earlier today, it has only officially touched the streets and streaming platforms in New Zealand.

To open the track, Brent sings, “You can’t even sit in peace, cause all these ni*gas be on you.” He laces the hook by singing, “If you gonna waste your time, then waste your time with me.”

Drake delivers an expected stand-out verse saying, “Only time I play the back and forth is Aaliyah record, if I let you talk first then nobody is speaking second.”

Check out the latest Neptunes produced track by Brent Faiyaz and Drake below.