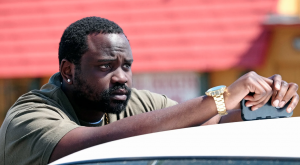 Fans of the hit FX show Atlanta were hyped to hear that after a three-year hiatus, seasons 3 and 4 of the TV show were being filmed and scheduled to release sometime this year. The fans were not the only ones that were happy though. Brian Tyree Henry, also known as “Paper Boi”, recently made an appearance on The Late Late Show with James Corden where he discussed finally filming for the first time in 3 years.

“You know, we haven’t shot together in almost three years, so all of us have gone and branched off and done our own things, but we’ve always stayed in touch,” Henry said. “Like nonstop, we check in on one another. But to finally be back together, and to be back in the shoes of these characters, is just completely— it’s like a weird ‘Twilight Zone’ episode, because you’re like, ‘Do I still remember what Alfred went through?’ You’re just finding it out together.”

He added that when the show began in 2016, the cast made a group-chat that has stayed in use for the last 5 years even though they haven’t been filming. He shared that LaKeith Stanfield’s Oscars jumpsuit was a point of conversation last week.

“The jumpsuit that saved the world,” Henry said. “And we just are always on there talking to each other and checking in. In that aspect, it felt like we had never parted.”

Filming in London, Henry said that his favorite place to be is “inside” due to COVID-19, but thinks that London is starting to regain some normalcy.

“I think things are getting back to normal here in London and we’ve been filming everywhere,” Henry said. “All over London, so there’s not a part of London I don’t know. Please don’t quiz me.”

You can watch the full interview below.