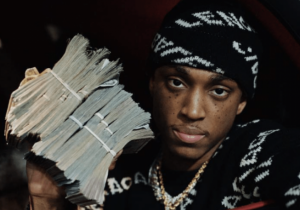 According to several reports from posts on social media, Brooklyn rapper Jeezy Mula has been sentenced to 24 months in prison following an investigation into his ties to the “Real Ryte” crew, a street organization with alleged ties to the Bloods gang along with his two-year-long federal fraud case.

Prior to the arrest, Mula, whose real name is DeJahn McBean, was seen driving a red Bentley truck and illegally gambling with thousands of dollars on social media alongside funnyman Fatboy SSE. These activities among others are what led to the investigation, arrest, and conviction in his federal fraud case.

It was also said that Mula may not have to do the entire two years and with good time, could be released as early as 15 months. After that, Mula could be eligible for bail on any other pending charges he faces.

The post Brooklyn Rapper Jeezy Mula Sentenced to 24 Months in Prison appeared first on The Source.