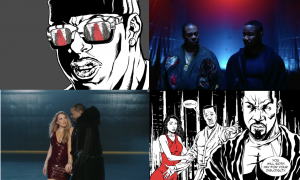 Busta Rhymes is back with a new video for “Where I Belong,” the sequel to the classic “I Know What You Want,” featuring the incomparable Mariah Carey.

The single and video is from the E.L.E. 2: The Wrath of God album and is a continuation from the 2003 in which Rhymes is tasked by his friend, played by martial artist and actor Michael Jai White, to protect his wife, played by actress Tae Heckard, for an evening. Leaving Rhymes and his friend empty-handed after a group of masked men jump out of a black Escalade, hijacking the home security and kidnapping the wife, “Where I Belong” continues the journey 18 years later searching for the woman.

You can see the video in full below.