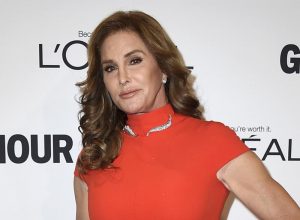 Caitlyn Jenner recently filed the necessary paperwork to run for Governor of California in a likely recall election later this year.

“I’m in! California is worth fighting for,” Jenner tweeted Friday morning along with a screenshot of a press release.

“California has been my home for nearly 50 years. I came here because I knew that anyone, regardless of their background or station in life, could turn their dreams into reality,” she writes in her press release. “But for the past decade, we have seen the glimmer of the Golden State reduced by one-party rule that places politics over progress and special interests over people. Sacramento needs an honest leader with a clear vision.”

Further in the press release, Jenner criticizes Gov. Gavin Newsom’s handling of the coronavirus pandemic in California. “This isn’t the California we know. This is Gavin Newsom’s California, where he orders us to stay home but goes out to dinner with his lobbyist friends. The significance of this decision is not lost on me. The sacrifice is significant, but responsibility is great, and I can’t wait to lead, to help and most importantly to disrupt the status quo once again.”

Jenner will be running as a Republican but said that she will be “socially liberal” but “fiscally conservative.” She has been criticized in the past by LGBTQ+ members in the past. Jenner supported Donald Trump’s campaign in 2016, even speaking at the 2016 Republican National Convention, but withdrew support for the former President over his anti-transgender policies in 2018. For her campaign, she has enlisted Trump’s campaign aide Steven Cheung as a campaign adviser.

2.1 million Californians signed a recent petition to recall Gavin Newsom over his handling of the pandemic. Only 1.5 million signatures were needed, and proponents of the recall election have until April 29 to finish verifying the signatures and report the results to the California secretary of state.

The post Caitlyn Jenner Is Running for Governor of California appeared first on The Source.