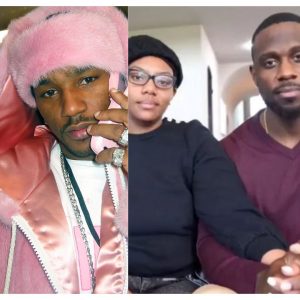 Rapper Camron had a lot to say about Jaxn, who he claims was commenting negatively on his Instagram posts. He wrote, “Where this cornball at? You low now huh n***a. Tried to come in my comments one day talking sh*t. I told n***as he’s Waldo from family matters, he just found the weight room.”  Camron attacked the relationship experts character.

Cam’ron stated, “Social media allows you to be whoever you want and y’all be going for it. Now he’s hiding. See if you was cool wit some of the homies they woulda helped ya dumb ass out and told you what to do after you got caught. Instead you held ya girl hostage and made her do that dumb ass video, then when people told you it was dumb you erased it.”