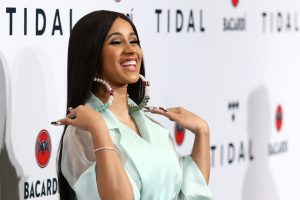 Fast & Furious 9 is set to zoom into the box office and challenge the recent record set by A Quiet Place 2. One of the film’s stars, Cardi B, is giving details on what we will see when she is on the screen.

Starring as Leysa, Cardi B reveals Vin Diesel brought her into the fold.

“Vin Diesel reached out and he was talking about a role. I’m like, ‘It’s freakin Fast & Furious. Get me there, put me on a plane!’” Cardi said.

She would go on to detail her character as “that bitch” and cites that Leysa is a badass. You can hear Cardi talk about it herself below.

The post Cardi B Reveals Vin Diesel Brought Her into ‘Fast & Furious 9’ appeared first on The Source.