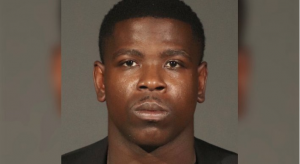 According to several confirmed reports, an associate of jailed Brooklyn rapper Caswel Senior aka Casanova 2X is facing the death penalty if convicted in the R.I.C.O. case in which Cas is also a co-conspirator.

Brandon Soto aka Stacks, was one of the eighteen people taken into custody after being federally charged with violating the Racketeer Influenced and Corrupt Organizations Act of 1970 (RICO) following an investigation of the “Untouchable Gorilla Stone Nation”. Stacks was singled out as the individual who allegedly murdered a 15-year-old boy in Poughkeepsie, NY in the name of the GSN.

Prosecutors allege Soto killed Jalani Jones in September 2020 and revealed the details of the killing through various social media messages and other forms of telecommunications. Soto allegedly drove the shooter to Poughkeepsie then dropped him back off in Brooklyn after the murder, but didn’t know his car was seen on a surveillance camera.

Police found the vehicle, but prosecutors allege GSN members stole the vehicle and set it on fire in Manhattan to destroy any evidence.