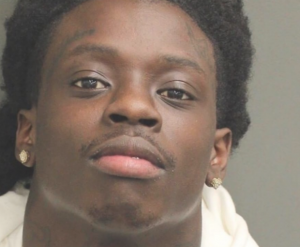 According to a report from VladTV, Orlando rapper 9lokkNine has been arrested on R.I.C.O. charges.

9lokkNine, whose real name is Jacquavius Smith, was arrested on two Racketeering Influenced and Corrupt Organizations charges. His bail listed by the Orange County Government’s Inmate Database is $750,000.

Since last year, the Cash Money Records signee has been racking up a myriad of charges, ranging from gun possession to attempted murder.

Not many details are available, however, TheSource.com will update this story as it develops.