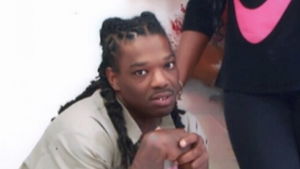 After serving almost ten years into a 14-year sentence for weapons possession and witness tampering, Cash Money Records’ B.G. wrote a letter directly to a federal judge requesting his release on the basis of sympathy, so that he could “return to my family and career.”

Even though the original “Hot Boy” has a lawyer who could’ve submitted his request for compassionate release for him, B.G., whose real name is Christopher Dorsey, wanted to pen the request to the judge in his own words.

B.G. admitted his guilt and takes “full responsibility” for his role in the crimes, but says that his upbringing in New Orleans during the crack epidemic led him down the road of “violence, death, despair, negative influences, drugs, poverty, and the inherent distrust of law enforcement.” Dorsey added that through his music, “my struggles were confessed to the world, my personal conflicts, my battle with drug addiction.”

B.G. added, “There are so many injustices that are subjects in today’s national debate that I’d like to weigh in on, contribute my voice and influence to help resolve. I intend to spend the remainder of my career atoning through my actions, for the missteps of my early years.”

In 2012, B.G. was sentenced to 14 years in federal prison after police found weapons in his vehicle during a traffic stop in New Orleans. Prosecutors also gave Dorsey a witness tampering charge for trying to get the other passengers in the car to take the weapons charge.