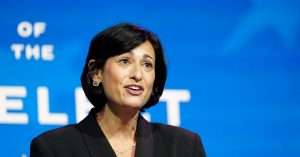 With the televised murder trial of former Minneapolis police officer Derek Chauvin and the recent killing of unarmed 20-year -old Daunte Wright in the Minnesota suburb of Brooklyn Center, there is no doubt that racism is of epidemic proportions in this country, but now the Director of the Center of Disease Control has officially declared the unseen disease as a serious problem.

CDC director Rochelle Walensky spoke to Time Magazine about the impact of racism on society, stating, “Racism is a serious public health threat. The new CDC initiative is not just about the color of your skin but also about where you live, work, pray, & where your children play. All of these things feed into people’s health and their opportunities for health.”

Walensky went on to say, “Yet, the disparities seen over the past year were not a result of COVID-19. Instead, the pandemic illuminated inequities that have existed for generations and revealed for all of America have known, but often unaddressed, epidemic impacting public health: racism.”