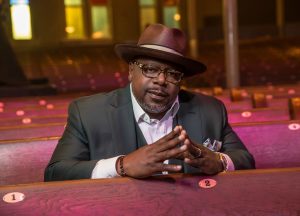 Earlier this week, Katt Williams accused Cedric The Entertainer of stealing one of his jokes and using it for the closing bit on the Kings of Comedy tour.

“When it initially happened to me, it crushed me because the comedian was already bigger and more famous than me and he took my closing joke and made it his closing joke on Kings of Comedy,” Katt said. “The reason it hit so bad was that I was in the theater. I paid my money to go see Kings of Comedy and to see my joke being there and not me was about as disrespectful as it gets in our craft and I took it really personally with Cedric The Entertainer at that time.”

On Friday, Cedric The Entertainer responded to Katt Williams on Instagram, denying the allegations.

“To all my people hitting me about the @kattwilliams commentary, I say no sir!” Cedric wrote in the caption. “That joke has roots, tied into so many other of my jokes….To know me is know (sic) most of my jokes a very similar animated, characters acted out sense of humor.” He continued by saying, “I’ve had jokes stolen,  I’ve had similar premises to others as well, but that joke has DNA yrs old specifically from Me. Cigarette hanging from the lip and all.”

You can see Cedric’s response here