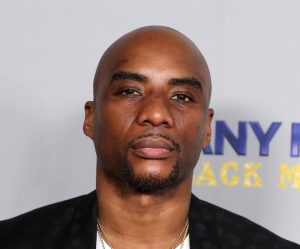 Charlamagne Tha God usually gets his audience riled up with his opinions. About a month ago, the successful radio host said that he believed Rihanna would take home the W if she battled in a Verzuz match with Beyonce. “It’ll be a great one though, that’s a dream Verzuz, that’s PayPerView,” he stated before adding that he would pay fight night prices to see that battle.

Whether it came from the Beyhive or just common sense, it seems as though Charlemagne may have had a change of heart while on air with The Breakfast Club. “I said Rihanna at first, I didn’t say it with much confidence, but yeah, you can’t bet against Queen Bey,” he mentioned.

“When you start playing the ‘Drunk in Love’ and the ‘Loves On Top,’ Rihanna’s got fourteen number ones. Got the fourth most number ones ever. But Beyoncé got a lot of cultural smashes. So does Ri though,” he continued.

Fans seem to have agreed with what the radio personality says. “I love Riri but yall be forgetting who Beyonce is,” one fan commented.

“You smoking K2 if you think Rih beating Beyonce. Hit for hit Beyonce winning and I’m a Rih fan,” another fan commented.

Who do you think would take home the win in a Verzuz battle between the two? Check out Charlemagne’s change of heart below.

A post shared by Gossip Of The City (@gossipofthecity_)

The post Charlemagne Tha God Takes Back Vote Between Hypothetical Rihanna and Beyonce VERZUZ appeared first on The Source.