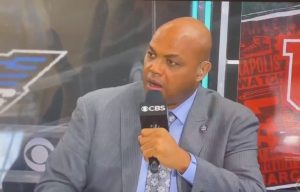 Charles Barkley, the former NBA player-turned-sport analyst spoke recently at a Final Four game between Houston and Baylor this past Saturday. On-air, Charles Barkley spoke on issues that are causing racial tension and dividing the nation. He spoke on these issues while mentioning a pre-game feature regarding historic events including Senator Robert F. Kennedy’s appearance in Indianapolis in 1968, where the current Final Four is being held. This is also where Mr. Kennedy informed the crowd of people that Martin Luther King Jr. was assassinated.

Charles Barkley was straight forward about politicians role that increases racial tension in America. Barkley stated “I think most white people and Black people are great people. I really believe that in my heart. But I think our system is set up where our politicians, whether they are Republicans or Democrats, are designed to make us not like each other so they can keep their grasp of money and power. They divide and conquer.”

The post Charles Barkley Speaks on Political Racial Tensions during the Final Four appeared first on The Source.