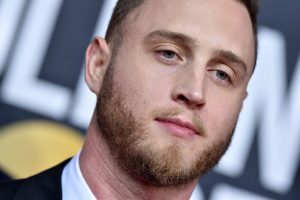 Chet Hanks proclaimed that it’s a “White Boy Summer” and now he’s making headlines for his violent split with his ex-girlfriend, Kiana Parker.

TMZ obtained a video of their physical altercation at the top of the year. Hanks pointed the camera at Parker while she swung on him with a pot.

Chet, who had blood on his face, accused Kiana of wielding a knife at him which she denied.

On the other hand, Kiana accused Hanks of being physical abusive towards her in 2020 and was granted a temporary restraining order. She said he threw a bottle at her, chased her, and said no one would believe her because she’s a “ghetto black b****.”

Chet Hanks alleges that he broke up with Kiana following January’s physical altercation when he found out she was stealing money from him.

He’s suing her for theft, assault, and battery and wants the money returned. Meanwhile, Kiana alleges that Chet was the aggressor and her attorney claims that she had to be treated in the hospital.

“The day after Chet Hanks confronted Kiana Parker about stealing money from his credit card, while Ms. Parker was accompanied by a huge male carrying a gun she viciously attacked Chet with a knife, which caused him to profusely bleed. It is all on video and the undisputed video tells the whole story. Her claims are completely false, fabricated and fictional.”

The post Chet Hanks Allegedly Called His Ex-Girlfriend A ‘Ghetto Black B****’ and is Suing Her Following Physical Altercation appeared first on The Source.