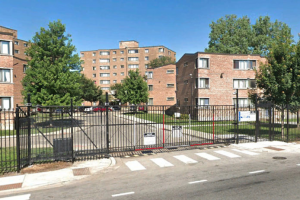 Lil Durk was a little too late. Parkway Garden a.k.a. “O-Block” was recently put up for sale. The Chicago projects gained notoriety in Hip-Hop after many Chicago rappers including Chief Keef, Lil Reese, the late King Von, the late Fredo Santana, and Lil Durk begin to claim it. Last week, when it was reported that the apartment complex was up for sale, Durk expressed his interest in buying it. He did not care for the cost either.

While the price nor the buyer has been revealed, the apartment complex was sold before a bid could be made. According to Saycheese TV, O-Block is likely to fall to the gentrification model. It is going to be redeveloped and highly overpriced for current residents.

It will be interesting to see Durk’s response following his interest. With his dedication to Chicago, it is likely we will see Durk’s ownership portfolio grown within his hometown for years to come. It is only a matter of time.