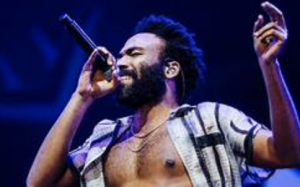 Did Childish Gambino steal his hit song This is America from another rapper? Rapper Emelike Nwosuocha, also known as Kidd Wes is suing Donald Glover for allegedly ripping off his song.

TMZ reports, Kidd Wes claims he created his track on SoundCloud in September 2016. The song was reportedly released a few months later. The following year the rapper said he registered the song with the U.S Copyright Office in May 2017, and was planning on making it the lead single on his then upcoming album.

According to Wes, Gambino’s cadence is almost identical to his, and some of the song lyrics ares similar.

Compared to this: “This is America / Guns in my area / I got the strap / I gotta carry ’em”

According to TMZ, Kidd Wes believes there are similarities between the two songs, and alleges it’s not a coincidence. The rapper claims he was intentionally ripped off, and he wants major damages. In response to his Now Kid Wess is suing everyone involved in the making of the song, including: Gambino, the co-writers of the song, the record labels that put it out, Roc Nation, and rapper Young Thug. Tell us what you think in the comments.

The post Childish Gambino Being Sued For Allegedly Stealing Hit “This Is America” Song From Rapper appeared first on The Source.