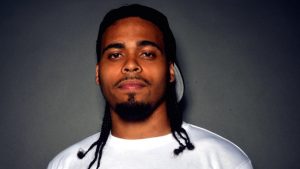 The son of The Legendary Big Pun, Chris Rivers Rios Jr, is getting married.

It’s sucks that one of hip-hop’s most impactful icons, Big Pun, isn’t here to see his son become a man. Yesterday, Pun’s son, Christopher Rivers Rios Jr, took it to Instagram to announce that he will be marrying girlfriend Keila G, who will now be known as Keila Rivers.

Under a recent picture Rivers posted showing off his future wife and the wedding ring, the caption read,

“Yesterday @kg.nysaid yes!!! Ima fiancé now. I’m gonna marry the love of my life. More posts to come but be a part of the glory

In the 90s, Bronx rapper Fat Joe discovered Rivers’ father, Big Pun, born Christopher Lee Rios. Rios later became the first Latino rapper to have a platinum album and be nominated for a Grammy.In 2000, he died from a heart attack at the age of 28, leaving behind a wife, Liza, and their three children, Star, Vanessa, and Christopher Jr.