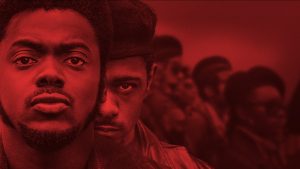 Shaka King’s Judas and The Black Messiah is being celebrated as one of the year’s most powerful films both critically and commercially. Reviews have been nearly unanimous with Rotten Tomatoes scoring the electrifying drama with an elite, certified fresh rating of 96% on its tomatoemeter. The historical depiction of Black Panther Party Chairman Fred Hampton, informant William O’Neal, FBI director J. Edgar Hoover is lauded as one of the very best biopics in the growing social justice genre. With history being regularly reexamined for the purposes of acknowledging the wrongs and influencing progressive change, Democratic Congressman Steve Cohen is taking steps to change course regarding Hoover’s controversial position within American history.

Representative Cohen screened the film and was then motivated to introduce a bill to strip J. Edgar Hoover’s name from the F.B.I. building in Washington, DC, according to Deadline. For context, this legislative measure seeks to not only remove the name of a man who was instrumental in structuring the F.B.I., but most certainly responsible for covert actions that targeted the civil rights movement and its leaders. In the film, Hoover, was played by iconic actor Martin Sheen, and he is depicted coordinating nefarious surveillance on Black Panther and civil rights leaders, and even going as far as expressing he wanted to see Hampton “neutralized.”

From a statement by Cohen, “The movie is a clear depiction of [Hoover’s] efforts to impeded the civil rights movement.” Cohen also said Hoover “doesn’t deserve the honor and recognition of having the nation’s premiere law enforcement agency headquarters named for him. The civil rights we enjoy today are in spite of J. Edgar Hoover, not because of him.”

Judas and the Black Messiah is up for five Oscars including Best Picture while playing in select theaters and will be on HBO Max for a few more days.

The post Congressman Reintroduces Bill to Remove J. Edgar Hoover’s Name From FBI Building After Seeing ‘Judas And The Black Messiah’ appeared first on The Source.