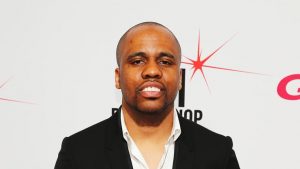 The Joe Budden Podcast has broken up and while Joe is seemingly about to have bigger problems, Mal and Rory got their issues off in a video titled “I’ll Name This Response Later.”

When defending his character, Mal highlighted helping Joe out of numerous situations, most notably when Consequence laid hands on Budden.

“I’ve gotten Joe out of situations that could have been bad for him,” Mal said. “Really bad for him. I frontline that. Me. When that shit happened with Consequence, my man popped on Cons. No disrespect to Cons. But that was my homie.”

But you know Consequence had to reply.

“Just remember what you said @mal_bytheway. You taking credit for Lining me up then you gon have to Live It now. Joe can’t save you two bitch ass niggas cuz he couldn’t save himself. This is disrespectful as FUCK and I am your Senior in the streets & in this music shit. Ask Webb who birthed Joe Budden.”

He added, “Ya man got SMACKED and yall can’t shake it. But guess what, you realizing he Pussy like I said he was but guess what?!?? I took my motherfucking 5 minutes and ate whatever came with it Meanwhile…Y’all got ROBBED by your own guy. No gun, No knife, No Nothing. My name is not to be mentioned again by niggas who ain’t even got they PAPER straight!!!”

The post Consequence Goes Off on Mal for Mentioning Him in Joe Budden Response Video appeared first on The Source.