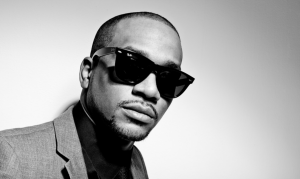 On February 15, CyHi The Prynce posted on his Instagram a picture of his totaled car, and in the caption, detailed an encounter he had with people that were trying to kill him. “A couple nights ago there was an attempt on my life,” he captioned. “Somebody tried to gun me down on the highway. tried everything I could do to lose them, but they were adamant about taking me off this earth. They were shooting at me while I was driving and even after my car flipped, hit a pole and crashed into a tree, they came back and shot the car up some more.”

CyHi has said in interviews recently that he thinks the shooting might’ve been attributed to something that happened in his past, or a case of mistaken identity. CyHi sat down with HipHopDX, where he theorized about why the latter might be possible.

“To me, I feel like it could have been a mistaken identity because I do have a vehicle that a lot of other stars and MCs have that are here,” he said. “But also when I’m out of town and I’m doing my Wyoming thing, Sunday Service and writing for other artists, I do have loved ones and friends who might be indulging in things that may not necessarily connect to me or I may necessarily not know about. Because I’m not in the loop like I was when I was a lot younger.”

“It could be that,” he said. “Or like I said, a random mistaken identity. I really haven’t gotten to the bottom of it. I’m just staying out of the way until I get more information on it. It dawned on me people would never hear my music again,” he added. “People would never hear from me again. It’s almost like labels would be calling my mom and stuff like, ‘Yo, can we do a posthumous album on your son?’ That would be terrible.”

Instead of wanting bad blood with his attackers, CyHi wants to clear the air with them. He doesn’t think they knew who he was when they attacked him.  “I do think that the guys who did this to me didn’t know who I was,” says CyHI. “It’s kind of like for me to be able to clear the air if they are watching these interviews or if they do hear about it. It’s like, ‘Oh, that ain’t the guy we were looking for.’ I can get more information versus if I just keep it to myself. It’s like I don’t know what’s going on, I’m looking over my shoulder.”

You can check out the full interview below

The post CyHi The Prynce Believes Shooting Might Have Been Due To Mistaken Identity appeared first on The Source.